Any biker will know that there isn’t a better feeling than waking up and knowing you had a whole day’s ride ahead of you. It was some feeling getting on that bike every morning and not knowing what the day will bring me. You see so much more on a bike, it’s a hell of an experience. The stretch from Zaragoza to Andorra was about 5 hours and probably the most scenic 5 hours of riding I’ve ever enjoyed. The closer I got to Andorra the better the roads got, winding roads around mountains and lakes – stunning landscapes everywhere you looked.

I was noticing a lot more bike around these parts, it was clearly a very popular place to ride and I knew why. The roads into Andorra were like nothing I’ve ever seen before, they were perfect, almost indescribable. I was thankful for being there, riding my bike as it was certainly the best way to travel.

Andorra is a country that’s made for biking. It’s something else, it’s truly a place worth visiting on two wheels. The winding mountain roads and exceptional scenery is something that can only be experienced there. It was chilly up in those mountains but it was some ride.

Andorra is one of my favourite countries purely because of the amazing roads, unbelievable scenery and quaintness of the town. It’s well worth a trip. I stayed a night in Andorra and I said I’d love to go back one day. It’s very small but the roads are the best. I started my ride toward France and the roads just kept getting better.

It took a while to ride through Andorra because there is only one road in and one road out and it’s not a highway. I made it into France and rode towards Carcassonne. I stayed off the highways and found myself riding through these French villages and small country roads through woodland. I got a little too comfortable with cornering on the country roads and almost went off the edge. It would have put an end to my trip. I only just maintained control and it was an eye opener for me.

I took a moment and got myself together before continuing. I had to ride safe. I was in a place far from anything and on roads that I’d never ridden before. I eventually made it to Carcassonne and strolled around the beautiful castle village and stopped for a beer and some lunch. I still had a ride ahead of me. I would be spending the night in Montpellier. 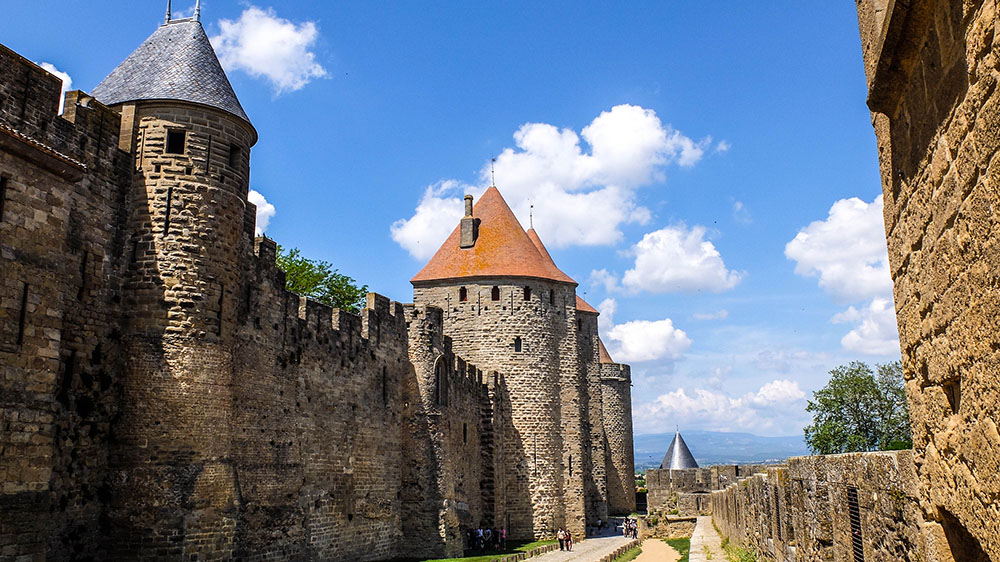 I was running out of daylight so I opted for the highway and twisted the throttle. I made it to Montpellier a few hours later and spent the night there. In the morning, I started my ride up north to Lyon. I rode through more of the French villages which I loved.

I knew I was seeing so much more of France on my bike. I stopped off at a McDonalds again and ordered some food, made use of the Wi-Fi and had a break from wearing a helmet. I enjoyed those moments. I’d catch up with friends on WhatsApp and maybe post a few photos. I’d also reflect on how exciting my trip was.

I was still as excited as I was when I departed Gibraltar for the last time. I knew Lyon was a big city and I wanted to make the most of it so I eventually got on the highway and ploughed on until I reached my hostel. I parked up and walked around the city before getting some sleep and getting up for an early ride. It has never been so easy getting up early in the morning knowing I was getting on my bike and riding somewhere new. Never so easy.

Lyon to Dijon (via Geneva)

I left Lyon for Geneva. I wanted to head to Geneva and tick off another country. It would be my first time to Switzerland. I didn’t expect to the roads and the scenery to be as incredible as it was. This was probably the best ride so far, it was mind blowing. I had big open roads to myself just surrounded by tall trees, mountains and blue skies.

I could get my knee down on turns and hit some speed on these magnificent roads. I made it to Genève and spent a few hours there, it’s not a big place and there’s not too much to see so I didn’t feel like I had to spend a night there, plus it’s very expensive.

I left and rode towards Dijon, which would take me around those beautiful mountainous roads surrounded by tall green trees. I stopped off at a view point in France and looked over Geneva, I took a great photo of the moment. The roads were all twists and turns, at this point I felt like I’d improved my riding skills hugely. As I said, this was my first long distance ride and I’d only had my bike for 6 months with a few weekend rides under my belt.

I made it to Dijon, home of Dijon mustard and parked up and checked in my hotel. I took a ride into town and had a walk around. I loved Dijon, it was a small place but very French (if that makes sense!). 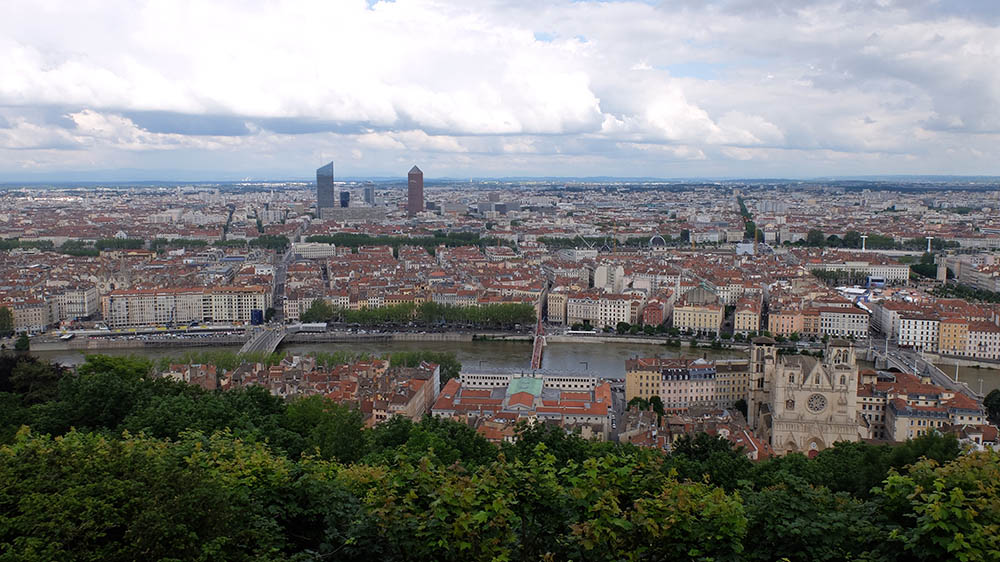 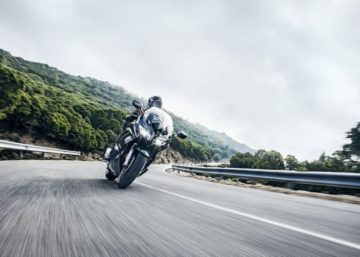 West to the beaches Off the ferry, we used the motorway to get clear of Calais and its associated day... 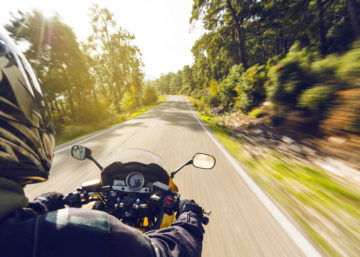 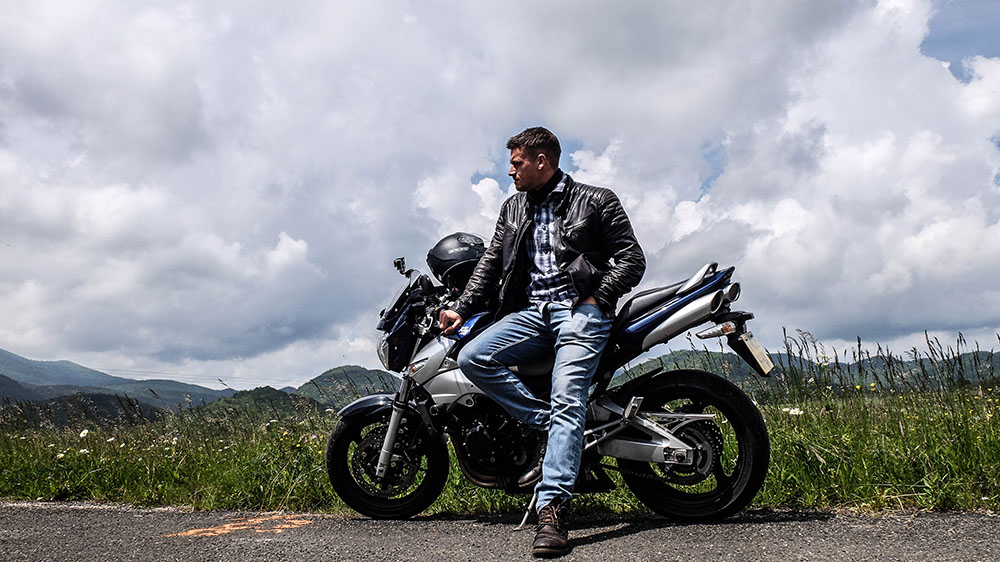 Dijon to Trier (via Nancy and Luxemburg) I had a long journey ahead, I continued north to Nancy, the sun... 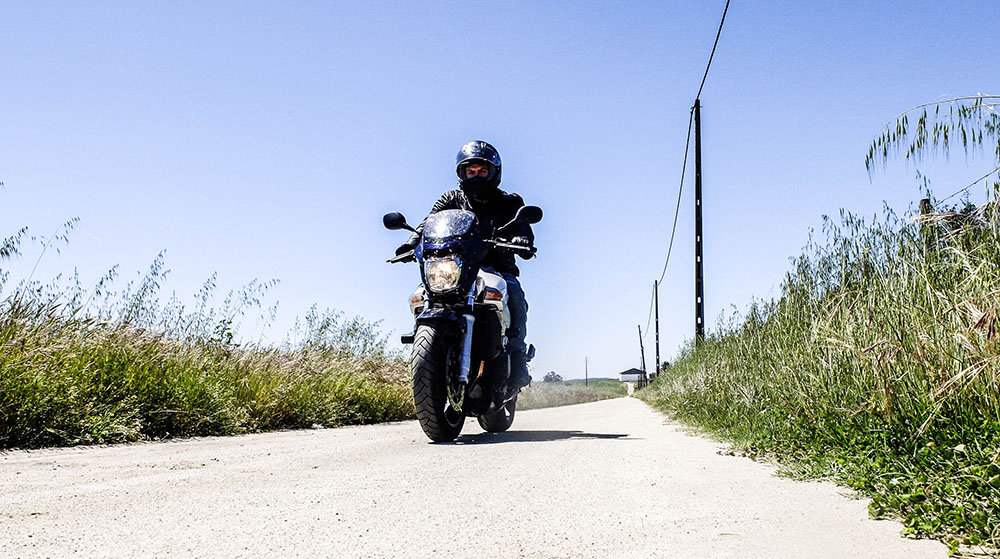