You could say I know this particular VFR800Fi pretty well – I own it! Mine for the last seven years, I’m not seenout on it that often. But when I am, I’m always pretty happy. My opinions of it now aren’t that different to what I thought back in late 1997 when I first had a run on one of the 800s. At its press launch, up in the north of Italy, the weather wasn’t exactly ideal. Though by being chilly and pretty wet for a fair bit of the test, it was probably representative of the life the Honda would spend in the hands of UK buyers.

The less than perfect Mediterranean climate couldn’t stop me liking the new fuel-injected VFR though. Quite a bit different to the outgoing 750 it replaced, I noted the V4 motor needed a few more revs. Still in place though – and highlighted by the challenging conditions – was the easy-going balance and usability the model had long since become so famous and celebrated for. The combined linked CBS braking system wasn’t given the thumbs up by all the journos at the launch. I myself didn’t mind it, and left Italy pretty impressed with the new Honda’s abilities.

Back home, it won the all-important sports tourer group test in most mags, helping the VFR to maintain its solid reputation. But that didn’t last too long. Within a year, Triumph’s bigger-engine 955 Sprint ST triple was giving the Honda a very good run for its money. Honda’s reply came in late 2001 with its V-TEC model, but the bike wasn’t received too well, and by then the dominance of the VFR was on the slide. Thanks to bigger and better competition it wasn’t considered the king ever again.

Bearing all that superior opposition in mind, many argue the ’98 800Fi is the best VFR of the lot. I tend to agree, and it certainly helped sway me to hand over the cash late in 2008 to have one.  I don’t like the engine quite as much as the last 750’s. It lacks some of that model’s useful low-rpm drive. It’s still torquey and flexible overall, but the RC45-based 800 motor generally needs one gear lower to deliver similar thrust. It gets its own back when the revs rise, but I’d personally prefer a bit more lower down grunt. You could argue the delivery offers a nicer overall combination than the 750 though, with enough bottom-end usability followed by a more exciting rush from the mid-range onwards. Given the gorgeous, classic V4 drone delivered from the end can it’s often worth tapping the gear lever down to get into this higher revving zone. Combined with the whine from the gear driven cams, the Honda always makes quality music.

That Q word is one you’d readily use to describe the way the 800s had been put together. Built before the worldwide recession forced bike builders to cut corners a bit, the VFR has a solid and durable look. Get in a bit closer and the story’s the same with nicely machined and finished components helping to underline Honda’s reputation for building ’em to last back then. My 2000 spec bike hasn’t been loved quite as much as it should have been. But even so it still cleans up well thanks to the robust nature of its parts being able to fend off the effects of man and Mother Nature equally well.

Those chassis parts work pretty well from a dynamic point of view too. You’d hardly call the handling especially sporty or agile, but there’s a benefit from its relaxed geometry. It’s unlikely you’ll ever suffer any instability, however hard you’re accelerating or regardless of how bumpy the road you’re running over is. The VFR is just too long and too raked out for any of that nasty flapping or weaving business. It’s a reassuring feeling to be able to use what’s available as much as you fancy.

The Honda will hurry along respectably quickly if you do fancy pushing it harder. Just over one hundred bhp isn’t anything to shout about these days, but as it’s a friendly sort of delivery, contained well by the solid chassis, you don’t need to be super-skilled to access its fuller performance. Fit some grippy tyres and you’ll be able to spring a surprise on riders of ‘sportier’ tackle.

The suspension’s a bit basic in spec and can’t be adjusted much to offer more preferred performance. But with a bit of refreshment via a service, both the forks and shock will deliver a decent balance of comfort and control. It’s a similar story with the brakes, and if kept clean and maintained they can haul up the Honda more than competently. You’ll need to alter your effort to get the best from them though. Being linked means you must put some effort through the ‘rear’ brake pedal to supply more pressure to the front calipers. But once you’re used to the balancing act, the VFR can not only be stopped quickly, but thanks to how well the pressures are distributed by the CBS arrangement, it’s hard to lock a wheel.

Being a Honda also means effort has been put into making it comfortable. Long riding days are not an issue thanks to the relaxed riding position, plush seat and fairly protective fairing. It’s not a full-on tourer, but 400-500 mile days won’t have you walking oddly when the riding is finished. You’ll get a chance to test your limb condition every 160-200 miles depending on how much of that V4 droning you want to listen to. And you get advanced warning of refilling needs thanks to a fuel gauge. A clock, good mirrors and a centrestand complete the package of civility.

Now the only real contentious issue of the VFR is its lack of character. Typically Honda, it’s just a bit too refined and sorted to possess any endearing personality. However as time passes by, the clout of the 800Fi is getting bigger, slowly developing a bit of that all-important je ne sais quoi. It’ll probably never stop being thought of as a sorted, all-things- to-all-men Honda. But given it may be a while, if at all, before any new VFR regains the model’s status as the best sports tourer, the VFR800Fi’s credibility and desirability is likely to increase. 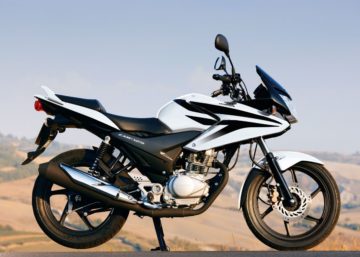 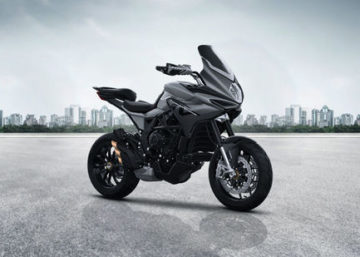 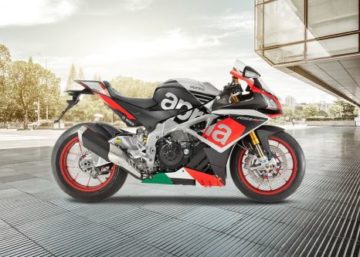 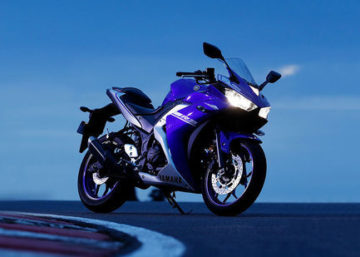